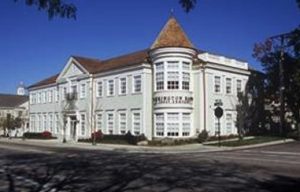 The name Barrington originates in Antigua and Barbuda in the eighteenth century. In 1778 Admiral Barrington defeated the French off St. Lucia and a year later fortified the southern entrance to St. John’s Harbour. Fort Barrington was further strengthened in 1790 after French forces again attempted to take the island. The fort continued to play an important role defending the island until the late nineteenth century.

In December 1996, the new Barrington bank located in St John’s, the capital of Antigua and Barbuda, was named after the historical Fort. At this time the number of offshore banks on the island was growing rapidly. For the last two decades, Barrington Bank has been providing multi-currency banking and financial services to clients across the globe.

International concerns about money-laundering and corruption has led the government of Antigua and Barbuda to implement several policies and safeguards to regulate the offshore banking industry and ensure the country’s reputation as a financial centre is not compromised. As a result, each bank now has a compliance officer; all offshore banks must file an audited financial statement annually, as well as verify the current owners, directors and officers of the Bank.

Barrington Bank maintains the strictest adherence to banking regulations that have grown significantly since 2001. The Antiguan government has worked to balance the need for customer confidentiality against its obligations to regulate the offshore banking industry. Unauthorised disclosure can now lead to imprisonment and/or fines.